The Gospel & The Jewish People 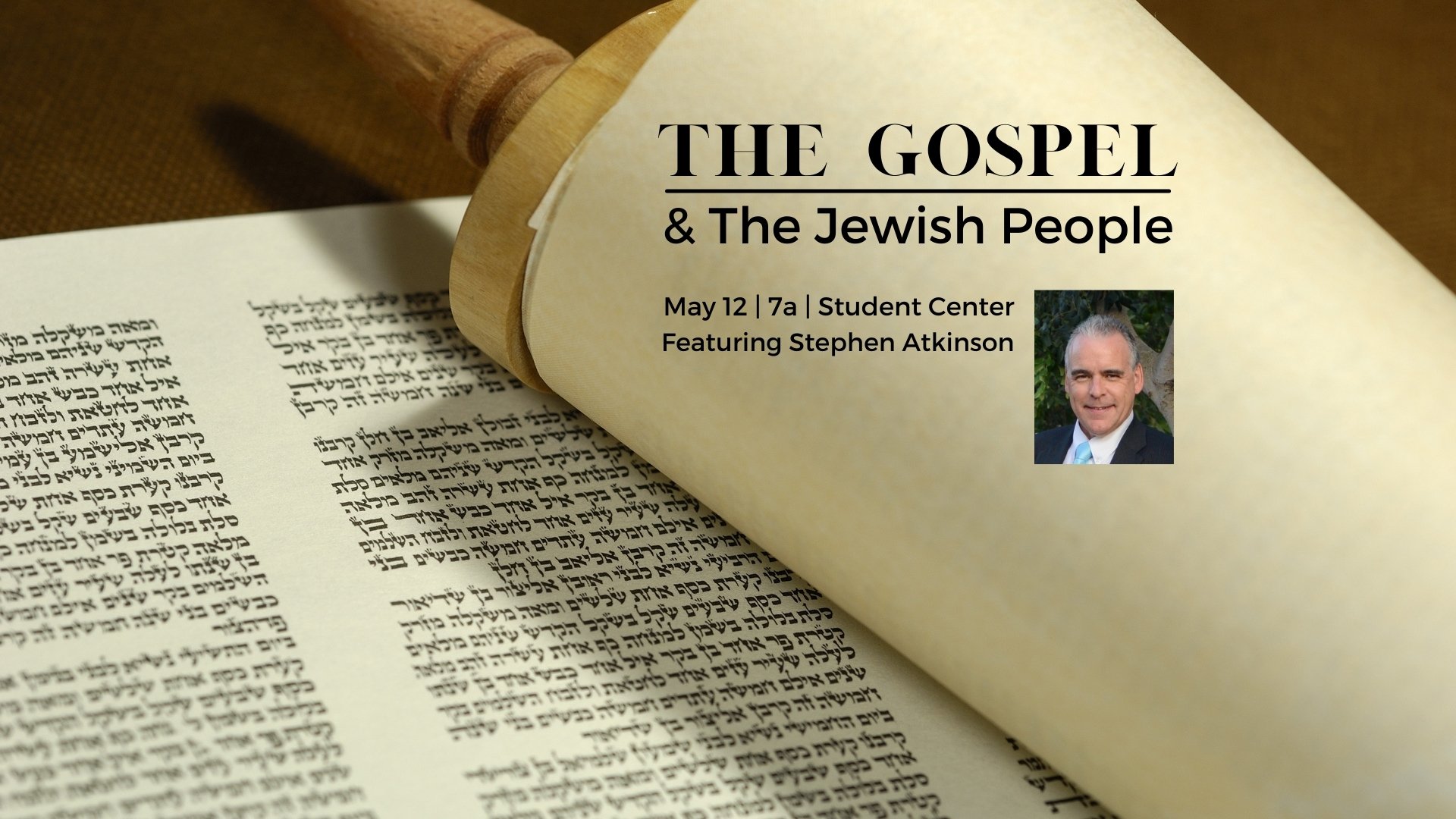 Over 42% of the world’s Jewish population lives in America. As Christians, we must understand how to share the Gospel with this divinely preserved, but desperately lost, people group. Join us for breakfast on May 12 @ 7a in the Student Center, followed by a short presentation & Q&A by our guest speaker, Stephen Atkinson. RSVP by April 30 to ryan.meredith@lhbg.org.

Guest Speaker Stephen Atkinson
Stephen Atkinson has been a preacher/pastor/missionary for over 35 years. Originally from Northern Ireland, he now resides in NW Arkansas, and directs the local branch of Christian Witness to Israel. Internationally this ministry began in London in 1842, but now has offices and staff in the UK, Israel, Holland, France, Hungary, Ukraine, Australia, Hong Kong, and the USA.