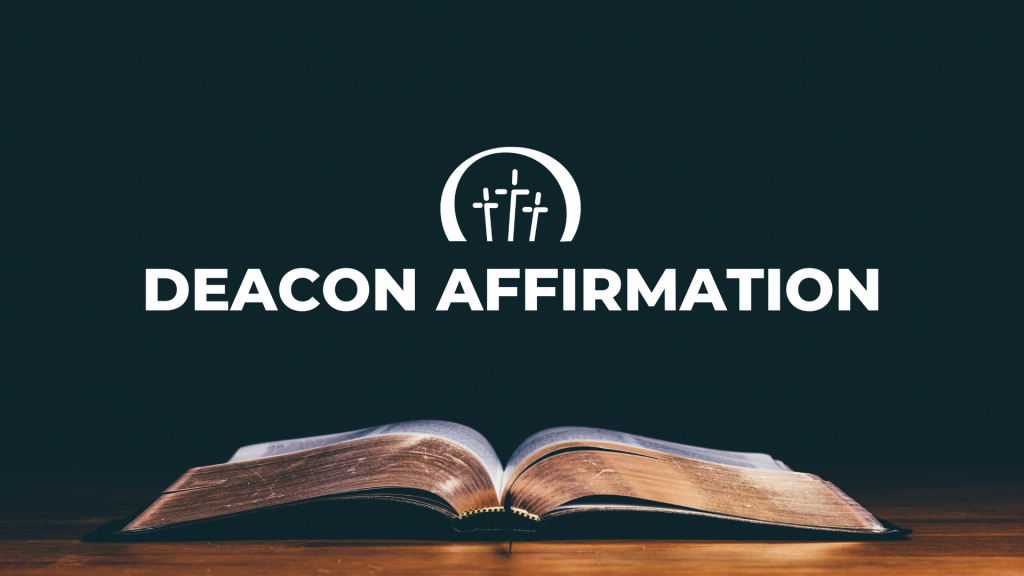 Members will vote to affirm these men beginning Sunday, October 23. Affirmation will remain open through Tuesday, October 25. If you have questions about these candidates, please talk to them, speak to one of our active deacons, or email info@lhbg.org.

Andrew was born in Bowling Green and raised in Rineyville, Kentucky, before moving back in 2012 to attend WKU. Throughout his upbringing, Andrew was active in his local church and accepted Christ at the age of nine. Andrew started attending Living Hope in 2012. He participated in the College Ministry and joined the church shortly thereafter. Since joining Living Hope, Andrew has spent time volunteering within the Middle School Ministry, High School Ministry, and currently serves alongside his wife, Maddie, in the Children’s Ministry. Andrew and Maddie have been married since 2018. He is a financial advisor with the Perry Richey Group of Baird Private Wealth Management here in Bowling Green.

Jaime has been married to his wife, Natalie, for 14 years. They have two children, Peyton (11) and Wells (3). Jaime was born and raised in Glasgow and attended Calvary Baptist Church, where he was baptized at the age of nine. In 2001, he moved to Bowling Green to attend WKU and met Natalie. Together, they attended service at Living Hope and became members in January 2018. Jaime has served in the Children’s Ministry as a leader during Flip, Bridge Nights, and Sunday Night Stuff. Jaime is employed at Dollar General Corp as a Senior Manager in their Supply Chain.

Mahlon has been married to his wife, Ashley, since 2010. They have three children, Harrison (11), Kate (8), and Davis (6). Mahlon was born and raised in Morganfield, Kentucky, and moved to Bowling Green to attend WKU. Mahlon was saved at the age of 12 while attending Pride Baptist Church. Mahlon and Ashley became members of Living Hope in 2010. Mahlon has served in the Middle School Ministry, the Blue and Green blocks, and recently began leading a college men’s small group. Mahlon is employed with Erie Insurance as an insurance adjuster.

Dennis was born and raised in southeast Kentucky. He has been married to his wife, Cheri, since July 1993. They moved to Bowling Green in 2003. They have 3 kids: Hannah Audet (Kyle), who live in Denver, CO; Seth Chaney (Macy), who live in Gallatin, TN; and Will Chaney, who lives in Bowling Green. Dennis made his profession of faith in Jesus Christ as his personal Lord and Savior on May 1, 1980. In the past, he has served as a high school Sunday school teacher, lay youth pastor, deacon, member of the Personnel Committee, and Pastor Search Committee. Dennis, Cheri, and their boys began attending Living Hope in June 2020. Dennis and Cheri became members at Living Hope in December 2021. He is employed by Med Center Health.

Colin Wood was born in Toronto, Ontario, Canada, and is grateful to have been raised in a Christian home. He accepted Christ at the age of 8 years. Although he’s still a Canadian citizen, he’s lived in the United States for most of his life. He moved to Louisville in 2011 to attend seminary. It was also in Louisville that he met his wife, Sarah. They married in 2012. They have four children: Ellie (born 2013), Nora Kate (2015), Audrey (2017), and Henry (2020). Colin and his family moved to Bowling Green in 2017 to work with the Baptist Campus Ministry at Western Kentucky University. This past spring, he accepted a new position at Refuge Bowling Green. Sarah had been a member of Living Hope since the mid-1990’s before moving to Louisville; they both became members at Living Hope in 2018. Colin has previously served as a Welcome Team member, a Connect group leader, and on several mission trips.

Andy has been married to his wife, Jennifer, for 23 years. They have 2 sons, Eli (17) and Justin (13). Andy was born in Tennessee, but was raised in Logan County for the majority of his life. He graduated from WKU and lived in Lexington for a few years before returning to Bowling Green. Andy was not raised in the church, but began attending with Jennifer throughout college and early in their marriage. They began attending Living Hope on a regular basis and spent a couple years participating in Living Hope ministries, ABF’s, and small groups. It was through the disciple-making ministries of Living Hope that helped to bring Andy to saving faith in 2009, and he has been a member of Living Hope ever since. Andy is currently employed by CompuCom Systems and serves as an IT Field Service Manager in support of Lowe’s retail stores.